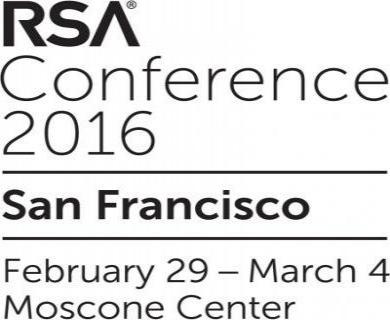 It’s a big show, the RSA Conference. But so far, not a big day for news. It’s likely that the heavyweight announcements are due later at the event, however Clearswift is all powered up for a huge three days of demonstrating our truly game changing adaptive DLP solution, there have been a few rumblings in the wings.

IBM went first – announcing the acquisition of Resilient, in what was believed to be the worst kept secret in cyber security this year. RSA itself went next – announcing results of new research showing that 82% of Boards are concerned about cyber security but less than 1 in 7 have a CSO reporting direct to the CEO. It’s not new, this fact was highlighted in our own CITI Research, but it remains incredibly concerning that those responsible for keeping critical information safe inside organizations are not included in the upper echelons of the business. Not everyone believes that this problem is becoming worse – actually many believe it’s getting better. Bob Bragdon from IDG shared his thoughts during the team’s first press interview as the show opened – suggesting that the CSO’s engagement with the Board has swiftly moved from half a slide in a broad presentation on company technology, to a dedicated half hour slot with the main leadership. So not all views are quite aligned in this respect. The reality still remains to be seen.

The opening gambit in the EXPO gave us an opportunity to demonstrate how Adaptive Redaction, the core of our game changing technical capabilities, can be deftly applied in a critical national infrastructure environment – sanitizing the millions of documents used to plan, develop, build and run mega projects that underpin society’s ability to live and work. Imagine a new nuclear power station – a 15 year build program – and the number of documents being created, shared and stored to enable that to become reality during that period of time. How likely is it that over the course of 15 years at least one of those critical documents will end up outside the network by accident? How likely is it that something will be sent with sensitive metadata clear for all to see down the supply chain? Adaptive DLP can address these issues on major long term projects in the critical national infrastructure space to keep highly confidential public and private data inside the network and safe from those who could exploit it.

The best was yet to come as on Monday night, Clearswift picked up two highly significant gold accolades at the Info Security Products Guide Global Excellence Awards – beating more than 20 nominees including Intel and Gigamon, to two prestigious honors, one for our Adaptive DLP solution and another for ARgon for Email.

Today will no doubt bring more news from RSA Conference 2016 but for now, stand S420 is a beacon of DLP game changing excellence and the addition of two new awards to our ever growing stable of accolades is a source of celebration. We are raring to go for the next chapter in this major cyber security event.